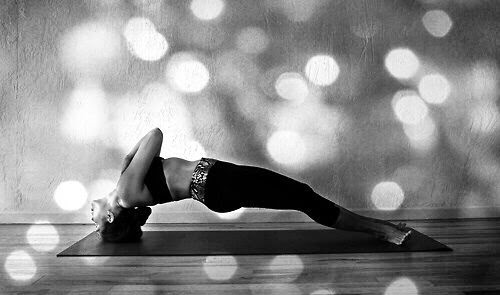 I recently returned to Mysore, India to do  TTC 300hrs – Iv'e practised a wide variety of styles over the years but wanted to try traditional Hatha yoga teacher, I went to Ashtanga Community in Mysore, a forum  advertising  good teachers around. Previously I had done 250 TTC (Mysore) very intense training, emotionally and physically demanding, 5.30am to 7.30pm. That's how normally TTC are in India. My previous teacher  was knowledgeable, warm and wonderful.

I was very excited at the prospect of retuning to beautiful Mysore and training under a renowned Yoga teacher according to his website. Walking in, you are welcomed by a big sign “Please maintain silence when entering the shala " upstairs you are met by a friendly receptionist, Ramaa. I introduced myself and then comes Bharath to greet me. We go to the 2nd floor the, Shala, WOW!  impressive, very spacious and you are met by a big sign "OM” exciting and  a bit nervous but very much looking forward to the next day and my first day of training.

First day training was the introduction . Though oddly Bharath introduced himself saying “Sometime you will love me and sometime you will hate me. " I was surprised by what he said, I had never heard a  yoga teacher say that before, but I accepted it for now, besides this is Bharath Shetty.  He continues "The TTC is very demanding & challenging - you are not  here to socialise"
TTC is very hectic, 5.30am to 8.30pm hrs  (breaks in between) I did it before I knew what to expect.  2(two) months of challenging training.

Although in the 3rd week I started noticing the pushing & forcing philosophy of Yoga Indea. I realised when you feel tired during the practise you were not allowed to take a rest  as you would normally do in a yoga class.  A few  students were starting to complain. However, we remained positive despite growing concerns until month 2.


Our concerns  were getting stronger. A new group joined now 12 in total. Bharath asana classes were full of laughter yet firm & strong. Bharath knowledge of asana is great. But his teaching methods are rather pushy ( (language) and putting so much pressure on his students in the class to a level students do things are not right for their bodies. This is completely disempowering to the students. A good yoga practitioner is the one who listens to their body. Our body responds by working with us, not against us. By respecting our bodies, the practise becomes sustainable and this is a way to really learn about ourselves- even you know you are capable of going deeper….

Yoga philosophy was taught by Dr Nagagaraja Rao, A sanskrit specialist. I had a pleasure of meeting him before on my previous visit to Gokulam at Mystic school, An expert in the field of Sanskrit and  an ability to communicate Indian philosophy with humour and infectious passion.
Anotomy was taught by Dr Nanda Kumar it was reasonably ok . I enjoyed chanting classes by Bharath Shetty's wife Archana Shetty.

By the end of the 1st week  one student experienced injuries and had to be hospitalised for a couple of days.

By the end of  week 2, Three (3) more students were injured . A few students were starting to raise concerns including myself, started having sever pain on my neck & upper back during the training as a result of Bharat  discreetly forcing and putting so much pressure on his students. Bharath Shetty's words when he teaches makes a huge impact, he doesn't touch and push you in person, but does it verbally & mentally. I observed that if any student cannot perform  "advance"asana he ignores & made them feel unwelcome at his shala...On the 3rd week, (two) 2 students left the course because of his controlling  & intimiadiating attitude.
When he realised  (5) students were injured and (Two) 2 left the ttc he became very careful as to how he uses his words as he realised we would warn others . He was  telling us how he installed video cameras in the Shala , a totally form of bulliness- to scares us. Horrible! I  found this  to be unacceptable and  completely invasion  of one's privacy. My neck pain wasn't getting any better during my training. I was seen by an Orthopaedic surgeon at Vikram hospital and advised to take a rest and not do any physical exercise for at least next 3 months.

Having spent 8 weeks  with Bharath Shetty at Indea yoga ,I noticed and witnessed a few things that gave me and I know others great cause for concern. The two listed here and there are more : I felt I had no option but to raise for the benefit of any student to consider when choosing a yoga teacher in Mysore.
ONE:


Bharath Shetty loathes when anyone  get injured at his Shala , because he likes to potray himself & according to his website  & Facebook page (now updated) as a "Guru" with a reputation whereby he is able to accept other yoga practitioners even if they injured. He likes to brag that lots  of students come to his school because of  injuries sustained from other schools. He is not willing to accept that students are injured at his Shala and as a man who cares only for his image, as I was injured he appeared to want to get rid of me. Yes, Bharath Shetty knows his asanas… BUT for me a yoga teacher who is pushing students when they should be pulling back, forcing their bodies to do things they are not ready to do, in order to achieve a particular "advance asana" without a principle of Ahimsa - It's not yoga . When more than five (5) students are getting injured on a batch of a ttc definitely  not a good teacher.
TWO:


Another fact that was shocking, 3 days before the course finishes Bharath Shetty strongly encourages and manipulates students to write "good reviews" about their experience at  Indea yoga for his website & Facebook promotion before he will issue a certificate. This was shown when one student came to me one evening crying that Bharath asked her to come and see him at his office. When she arrived he threatened  her if she didn't change her honest feedback she wrote about her experience he will not issue her certificate. She had no option but to changed. These tactics of intimidation ensures that Bharath always receives positive reviews as it appears online.

If I was asked to sum up my experience with Yogabharata I would say :

He is very controlling and intimidating  many were terrified by him. The shale is very good for those who enjoy military style schooling, whereby you don't mind being pushed & twisted, beyond your capabilities even at the cost of the injury by Bharath Shetty. I find this is uninspiring & discouraging. Who really cares if you put both your legs behind your head or hold Sirshasnana long enough to please your ego without demonstrating Ahimsa in your asana practise?
Bharath has unyielding sense of his own self importance , and arrogance that means he is incapable of taking any responsibility of the injuries when students get injured at his shala with his unerring desire to be seen as "The best teacher '  in gokulam. This is not the practise of a good teacher and certainly not within the philosophy of the teaching of yoga. The performing of the asana is more important to him than enhancing actual student's yoga abilities in a long time. A good teacher does not accept the principal that it is more important for him to be able to show great pictures of students who perfomed the best asana above the fact that students can be and are injured by the process. Whilst it is true may students will like to push themselves as far as they can an expert in the teaching of yoga as Bharath Shetty proclaims  would be well aware of how far he can extend a student's yoga capabilities before they become injured. His ego does not allow him the benefit of listening to his students, rather he continues an intensity in his teaching that leaves you no time to relax and recover in his ttc. I can honestly say  when it  comes to Bharath , performing asana is  more important to him than enhancing actual student's yoga abilities. He  is only too prepared to show pictures of students performing the best asana  on his Facebook Page to promote himself . This is a  thinly veiled attempt to try to disguise the fact that his practises are not that of a good teacher as too many students are being injured in his classes , (well in my batch at least )for this to be true and his air of superiority is preventing him taking any responsibility or enshrine the true teachings of yoga.  Bharath Shetty can now be best described as a yoga teacher turned business man intent on attracting as many westerners at the highest price in his Shala in Mysore.

Posted by Central LondonYogaStudio at 15:01 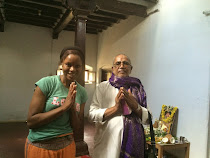